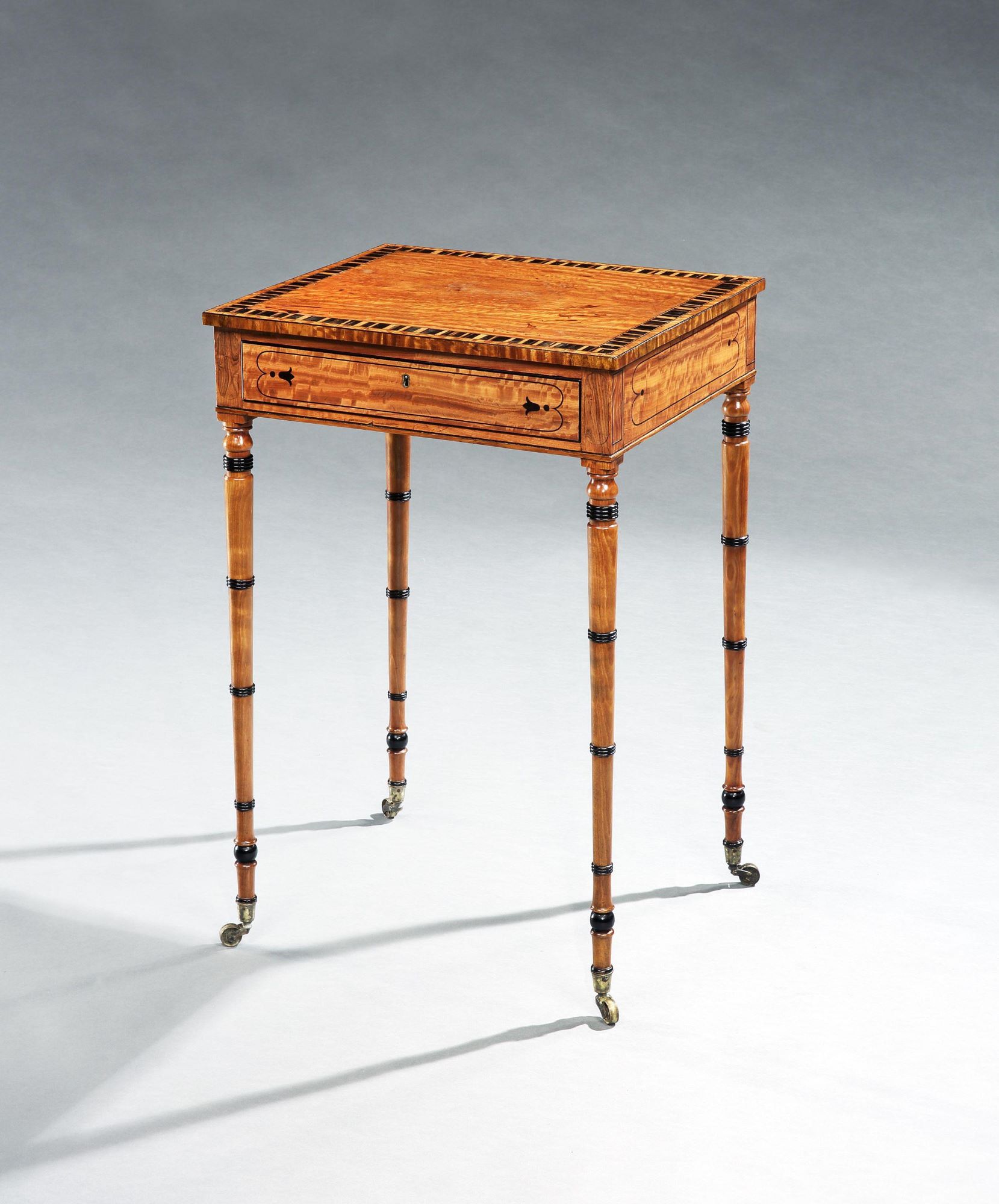 Add to Wishlist
Add to Compare

George Oakley (1773-1840) was a highly regarded cabinet-maker of late 18th and early 19th century London with a large number of shops and warehouses to his name. He was praised in 1801 in the following note taken from The Journal des Luxus und der Moderne (Weimar): 'all people with taste buy their furniture at Oakley's (sic), the most tasteful of the London cabinet-makers' (R. Edwards, ed., The Dictionary of English Furniture Makers, Woodbridge, Suffolk, 1954, p.11).

The strong contrast between the rich satinwood and dark calamander veneers, together with the use of ebony stringing and banding, are found in pieces associated with George Oakley and particularly with furniture supplied for his most celebrated commission for Charles Madryll Cheere at Papworth Hall, Cambridgeshire. Among the surviving provenanced furniture from the Papworth commission are a card table in R. Edwards (op. cit., p.202), a set of quartetto tables sold Christie's, April 1992 and a bookcase belonging to the late Major Derek Parker-Bowles, sold Christie's, December 1977.

Thank you for your enquiry.

We will get back to you soon.

Please create wishlist to add this item to